I had a busy weekend that reminded me over and over again just how blessed I am.

Saturday morning I participated in the walk to end lupus with my 6 closest friends… We raised over $3,000 in a few weeks and can’t wait to make it an annual event. Stay tuned for more on this.

Then I jumped in the car and we drove to Mohegan Sun for the Eric Church concert to surprise one of my guy’s closest friends. Spending the weekend with people who adore him so much just reconfirms to me how lucky I am to have such a great guy. 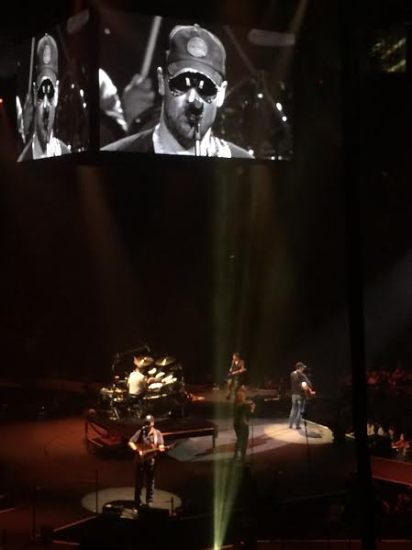 We stopped at the Honeypot Hill Orchards in Stow for fresh apples, pears and some delicious cider donuts on the way home.

How did you spend your weekend?

We woke up Thursday to Lanna Del Ray playing on her vinyl record player and I climbed into Courtney’s bed while we waited for Bailey to wake from her slumber. It was just like old times in her basement, we would take the pillows off the couch and make a huge bed on the floor. All 7 of us would sleep together and take turns tickling each others backs… (yes sounds weird but it was so comforting and just our thing).

Once we finally got out of the house we had brunch in Salt Lake and then headed to Park City. We went to the High West Distillery where we enjoyed a few drinks, delicious french onions soup, homemade mac n cheese and french fries (Courtney’s weakness). After a few bloody mary’s we decided it was time to go. On the way out we popped into the general store and I bought Val a “whisky girl” shirt – which of course she loved.

Before heading to the Olympic Park Courtney pulled over at the “No Name Saloon” which was PERFECT… We headed up to the roof with this sign along the way…. at the top of the steps was this sign of the United States with each license plate from each of the states!

on the roof we enjoyed another local brew and an unreal view of the city! The areal skiers practice their jumps in the summer into a pool – there were a few kids practicing which was SO neat to watch! We rushed back to Courtney’s so we could make it in time for the Summer Concert Series featuring Erykah Badu. I have to say, I know this is bad, but I think I enjoyed the selection of food trucks even more than I enjoyed the concert.

The rest of the night cant be put into words… the time spent with old friends laughing until tears are running down your face and your stomach feels like you just left an abs masters class. There is nothing like it…